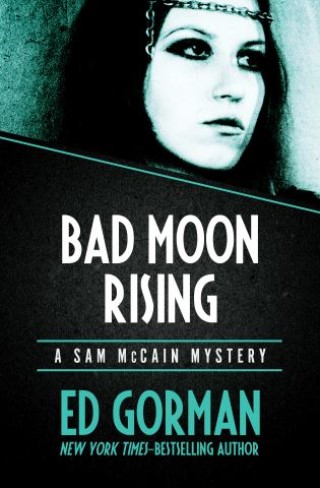 The murder of a wealthy young woman in 1960s Iowa sparks backlash against a hippie commune in this mystery by the New York Times–bestselling author.

Iowa, 1968. A hippie commune has invaded the small Midwestern town of Black River Falls. While the majority of the townspeople believe the bohemians, despite their bizarre ways, have the right to stay, there are some who constantly accuse the newcomers of everything from criminal activities to Satanism. Tensions boil over when Vanessa Mainwaring, the teenage daughter of one of the town’s wealthiest men, is found murdered in the commune’s barn.

Lawyer and part-time investigator Sam McCain soon finds himself in the middle of the controversy. When a troubled young Vietnam vet named Neil Cameron is immediately charged with the crime, Sam has his doubts. As Black River Falls comes apart at the seams, it’s up to Sam to keep the fragile peace while searching for a vicious killer.

“The kind of hero any small town could take to its heart.” —Marilyn Stasio, The New York Times

Ed Gorman:
Ed Gorman (b. 1941) is an American author best known for writing mystery novels. After two decades in advertising, he began publishing novels in the mid-1980s. While using the pen name Daniel Ransom to write popular horror stories like Daddy’s Little Girl (1985) and Toys in the Attic (1986), he published more ambitious work under his own name, starting with Rough Cut (1986). A story about murder and intrigue inside the advertising world, it was based on his own experience, and introduced Midwestern private detective Jack Dwyer, a compassionate sleuth with a taste for acting.
Gorman’s other series characters include Robert Payne, a psychological profiler, and Leo Guild, a bounty hunter of the Old West, but his best-known character is probably Sam McCain, a gentle young sleuth of the 1950s, who first appeared in The Day the Music Died (1998). Besides writing novels, Gorman is a cofounder of Mystery Scene magazine.