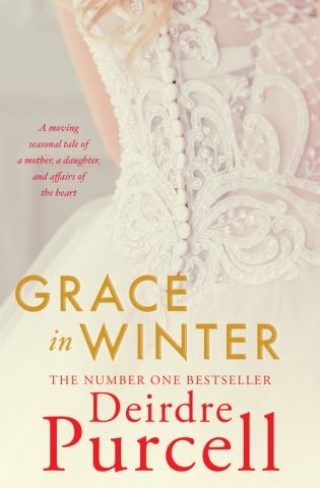 Grace has spent years devoted to the needs of others. Although her children are now grown, she remains the main carer for her highly destructive youngest daughter Leonie.

When ex-husband Harry, for his own manipulative reasons, gifts the mother and daughter with a winter cruise, Grace accepts despite her reservations, hoping that a change of scene will do them both good.

Ben, a novelist whose career is in freefall, is also on the cruise. Captivated instantly by Leonie's beauty, he wastes no time in getting to know her - and Grace along with it. As the older woman grapples with unexpected feelings the encounter awakens within her, it is discovered that Leonie has gone missing. And the scene is set for a drama
that will change the course of lives.

Grace in Winter is a compelling story of the struggle between duty and self, and of a feeling that never ages in a woman fighting to reclaim her own life.